The following are real-time reactions from my first ever viewing of Blade Runner (1982). Read my full review here. 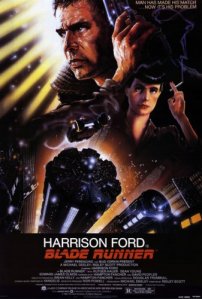 Intro music is so serious, I am going to assume this is not a musical like the last one or about a competitive roller blading team.

Crap there are scroll captions I have to read. These things always go too fast, and I never get what they are trying to say.

I made Matthew read it to me. 3rdtime is the charm. 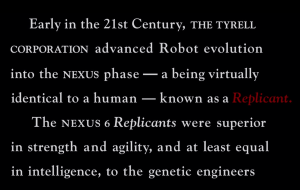 Robots. Great. Definitely not a musical.

This movie is supposed to take place in the future. 2019 AKA next year.  Let’s see how close this is to today.

I guess it now makes sense that the next one is called Blade Runner 2049.

Flying cars, why does every movie set in the future think we have to have flying cars.

Wait. Is this movie by the same people that did Star Wars? A lot of these buildings look like the Death Star.

Matthew just corrected me and said I am mistaken. The Death Star is the thing that looks like the moon and I am thinking of the Star Destroyer. He is mistaken for thinking I care about either. 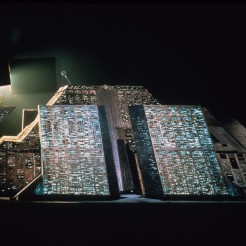 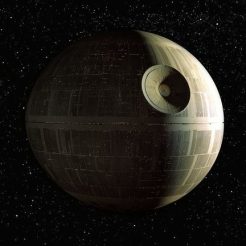 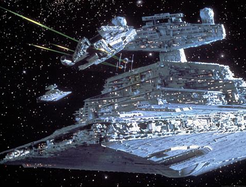 Is this the DMV of the future?

This interrogation reminds me of the SAT prep.

This guy over analyzes everything like me. He is my spirit animal.

Is this the goofy guy from Rocketman? Quick IMDB check, survey says, no.

Leon handles test taking about as well as I do. 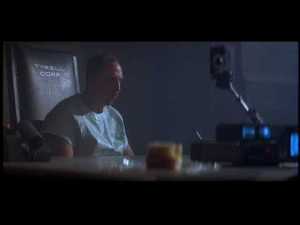 Well, I don’t act out in violence quite like leon does.

The guy that plays Selena’s dad, Abraham is on this movie! I wish I was watching Selena instead of this. 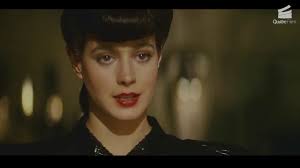 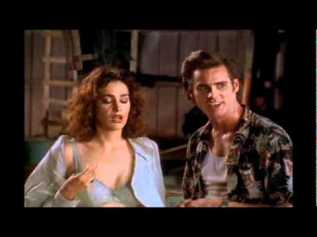 She’s smoking in doors. Definitely not 2019

Why would you touch slime in a dark abandoned bathroom on purpose ?!

This puffy coat tube guy sounds like he is from Star Wars. This movie also features Harrison Ford. Are we sure this isn’t Star Wars?

He ripped the older guys puffy jacket, and dripping something on him. What is it?

This movie…I don’t get it.

I honestly don’t know if I can do a “live reacts” post on this movie anymore. There is only so many times I can type I have no idea what’s going on.

I seriously thought Daryl Hannah was a guy. Didn’t know it was her until she spoke.

She literally said “I don’t have home” just like she would have said it in Steel Magnolias. This is the only part of this movie I’ve liked so far.

Oh lord, I can already tell she is bat shit crazy

I swear the lady on the digital billboard just said “E.T. phone home” 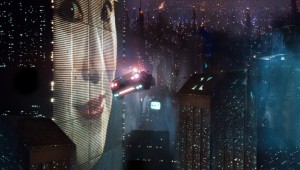 Well this keeps getting weirder. Sebastian appears to have made a life like bear and a stuffed Napoleon?!  There is a joke in here somewhere, but I’m going to leave it alone for now.

He keeps seeing unicorns. Sadly Harrison Ford, it is 2018 and there are still no unicorns.

I’m calling it now, is Harrison Ford one of these robots. Is this going to be like the whole “I see dead people” thing and he is really a robot

Is this ladies snake really necessary for the movie? This seen would have been just fine without it?!

Um can I have that hair dryer?!

Manufactured or not, don’t touch the snake Harrison.

Glad to see bras haven’t gotten any more comfortable in the future. Is anyone who is reading this, seen blade runner 2049? Please tell me the bras are better then.

Does he think she’s a robot? He keeps shooting her, but there is blood she can’t be a robot

Creepy robot sex. Not my type of movie.

IS THIS MOVIE OVER YET.

I am thinking back on fonder times when I thought Ben-Hur was going to be hard to watch. Here I am, barely half way through this movie willing to take a plea bargain and watch Ben-Hur 2 times straight instead of this.

The robot killed the guy with his own thumbs and the owl DID NOTHING. This owl is no Hedwig.

Sebastian’s toys are creepy and Daryl Hannah is hiding as one of them.

She’s having a bit of an exorcist moment as she dies and flails on the floor. Don’t worry Daryl, in a few years you will co-star on Steel magnolias and your life will be a lot better. I promise.

This needs to end. Like soon, I already know Harrison ford isn’t going to die, because they made a sequel.

Ugh. I thought this movie was over, why does he have a gun out again.

Who sleeps with a sheet over their face?!

Oh, thank you Lord, it’s over. I can’t believe they made another one of these.